The U.S. real GDP is falling fast and it’s only to get worse, says Mohamed El-Erian. 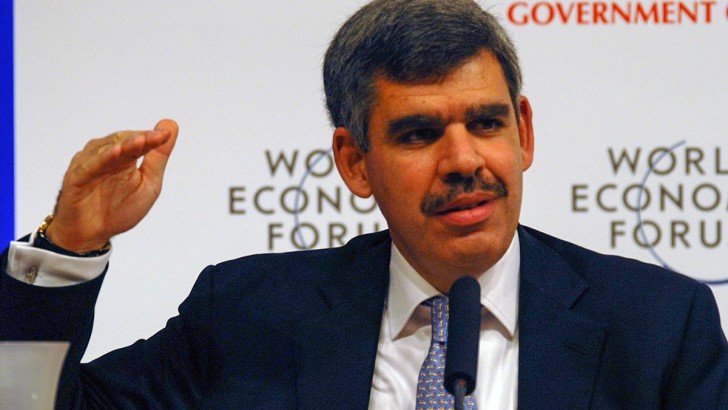 Mohamed A. El-Erian, the chief economic adviser at Allianz, recently highlighted the chart by The U.S. Bureau of Economic Analysis of the country’s real GDP. He supplied it with the bleak outlook that contraction is likely to continue in Q2, 2020. 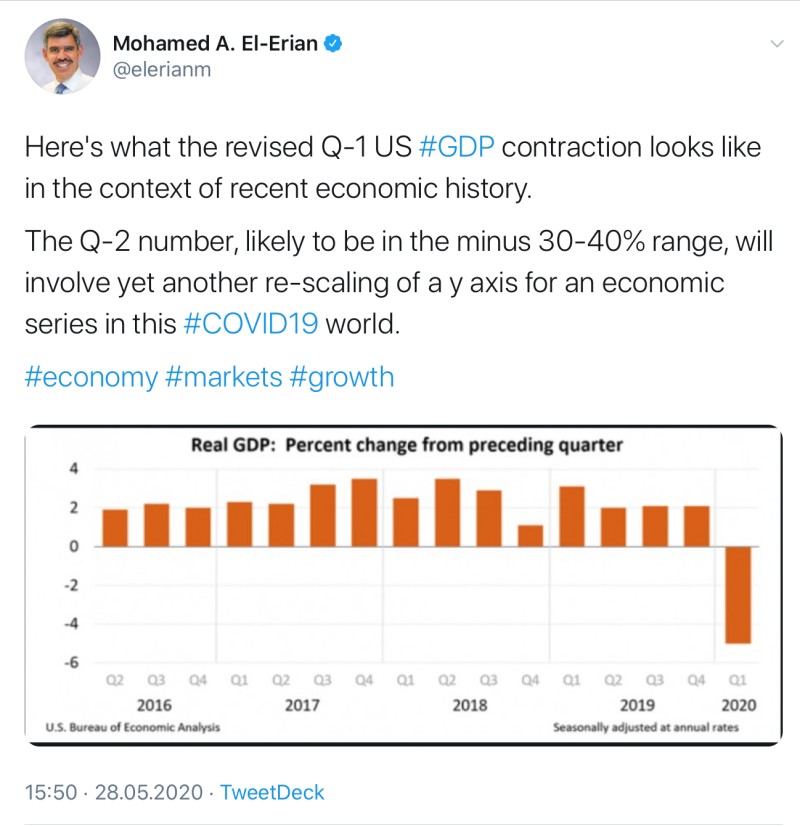 Mohamed A. El-Erian’s Tweet on The U.S. Real GDP.

As the global economy largely came to a halt, the U.S. real GDP took a hit. The country’s real GDP in Q1, 2020 contracted over 4 percent in comparison to Q4, 2019. This signifies that the U.S. economic output adjusted for inflation has substantially declined.

The current speed of the economic contraction is the highest since the last recession of 2008-09. Such an outcome is expected when a large part of the total GDP, consumer expenditures, shrinks.

While the economy is slowly reopening, there are no guarantees that the economy will bounce up immediately. Even Jerome Powell claimed that the full recovery may take up until the end of 2021.

Businesses are currently between a rock and a hard place. The global economic downturn caused a decline in demand from one side and the disruption in supply chains from the other. Given such circumstances, Mohamed’s expectations of further contraction seem reasonable.