The European Central Bank Reported An Increase of 1.4% In Outstanding Debt Securities

Eurozone residents increased the outstanding amount of debt securities from 4.4% in April to 5.8% in May 2020 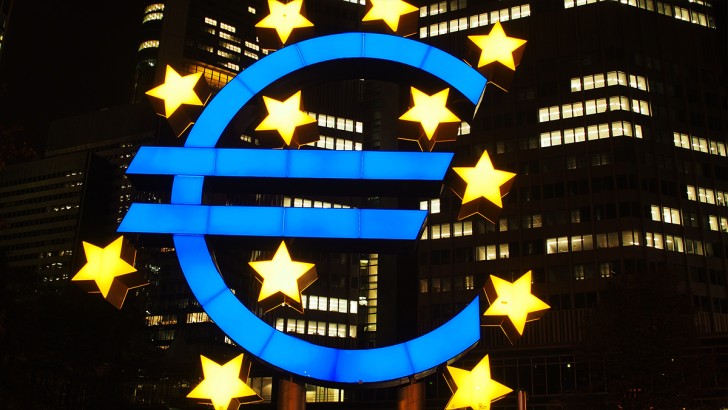 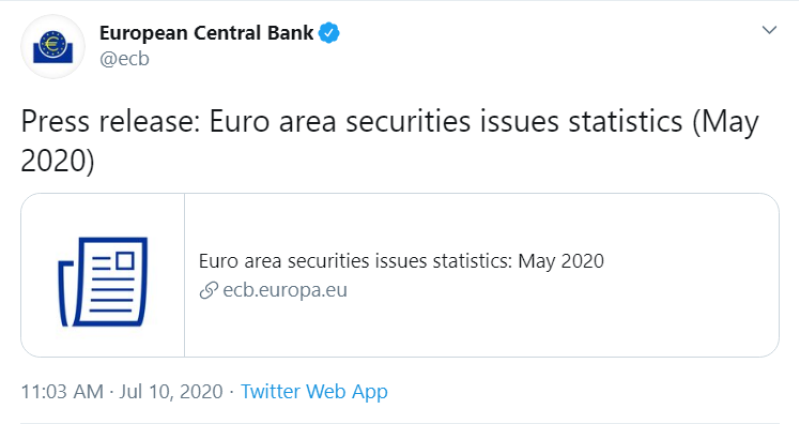 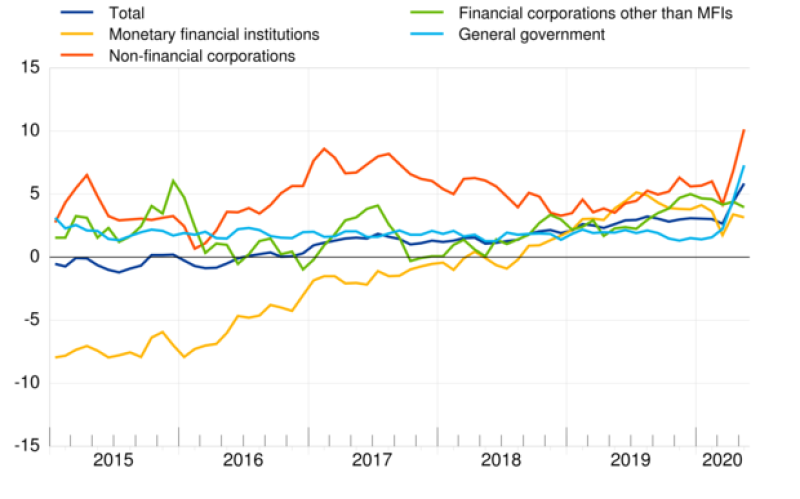 About the sector overview, annual growth rates for non-financial issuing debt securities have risen from 6.8% in April to 10.1% in May. This growth for the Monetary Financial Institutions (MFIs) sector was 3.2% in May, compared to 3.4% in April.

In May 2020, the new issuance of euro area residents listed shares amounted to €4.7 billion. Redemptions totaled €10.4 billion and net disbursements ended up being €5.7 billion.

The annual turnover trend in the total sum of traded stock generated by Euro Area citizens was 0.0 percent in May of 2020, the same as in April, except the increase in valuations. The average equity exchange rate of non-financial companies was -0.1% in May of 2020, up from 0.0% in April.