In a global recession, companies buy back their own shares, an expert, Lisa Abramowicz believes that this will lead to greater financial instability. 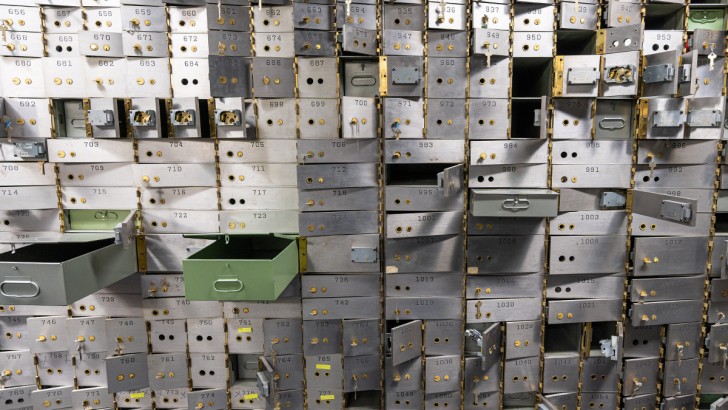 Despite the worst recession in decades, it is difficult for American companies to stop buying back their own shares from the market. The habit is quite deep-rooted.

Lisa Abramowicz thinks that such strategy in a global recession only reduces financial stability. She believes that companies need to adapt their strategies to the current realities. 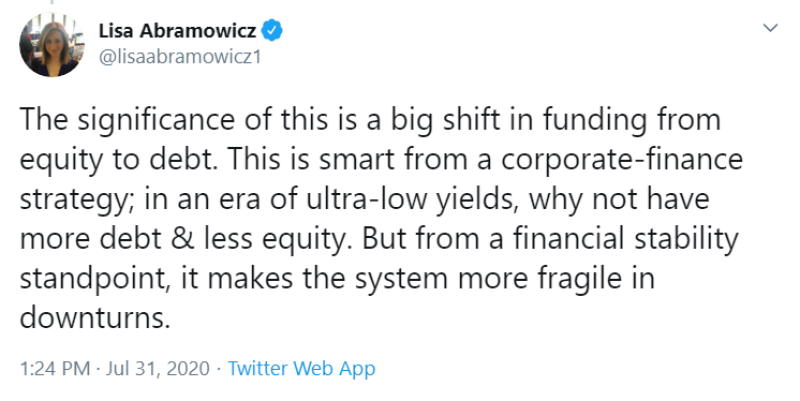 The slump triggered by coronavirus saps corporate earnings, which were projected to slip this year, because many US blue-chips are halting or reducing equity buying. Nonetheless, S&P 500 firms that have posted sales for the second quarter, according to figures by Credit Suisse, they decreased outstanding shares by an average of 0.3% in contrast to the previous year.

Analysts said that many companies will restart transactions quickly if conditions change. Through agreeing to drop interest rates to zero and avoid investing, the Federal Reserve lowered the funding costs of businesses, making them more interested in moving the bulk of their financings into debt.

Lisa believes that if companies are really cheap to borrow money, why not borrow tons, buy back shares, and get rid of the pesky obligations that come with shareholder votes and dividends. With a certain yield, debt is a preferred financing option. 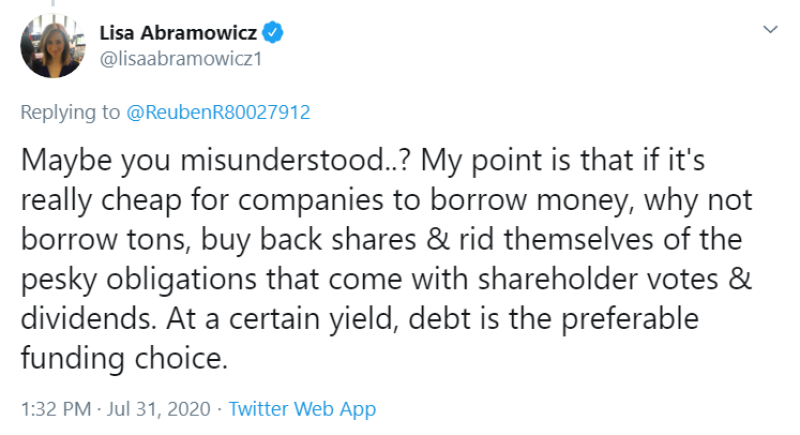 Throughout recent years buybacks have been a hot policy issue and have centred on this spring's parliamentary review on stimulus programmes. Joe Biden and Donald Trump have criticized the trend and found out that massive schemes had also diverted free cash from companies.

Latest News
TSLA is a Favorite Stock of Robinhood Users Today, AAPL and MRNA Are Behind
10 hours ago
Decentralized Exchanges (DEX) Are Ahead of Centralized As Per Volume, Expert States
14 hours ago
Tesla's (TSLA) Upcoming Events After Stock Split
15 hours ago
Gold (XAU) Fundamentals Are Still Bullish, Expert Says
15 hours ago
Bitcoin's (BTC) Holders Continue Selling to Fix The Highest Profits Since 2017
18 hours ago
Tesla's (TSLA) Stock Price Rises by 6% After the Stock Split is Officially Announced
22 hours ago
Gold (XAU) Falls by 5% for the Second Day in a Row as Treasury Yields Rise
23 hours ago
Apple (AAPL), NIO Limited (NIO), and IBIO are the Top Stocks by Robinhood Traders Today
1 day ago
Price of Barrick Gold (GOLD) Stock Drops by 8.5% due to the Largest Fall in Gold (XAU)
1 day ago
Nio's (NIO) Stock Price Falls by 7% Despite the Significant Increase in the Second Quarter's Revenue and Deliveries
1 day ago
Follow us on Twitter