Will The Rush Away From Gold Fuel Bitcoin’s Bull Run: PrimeXBT Analysis

A modern-day gold rush is taking place across the globe, as investors seek a safe haven to store their wealth during such unprecedented and uncertain times. 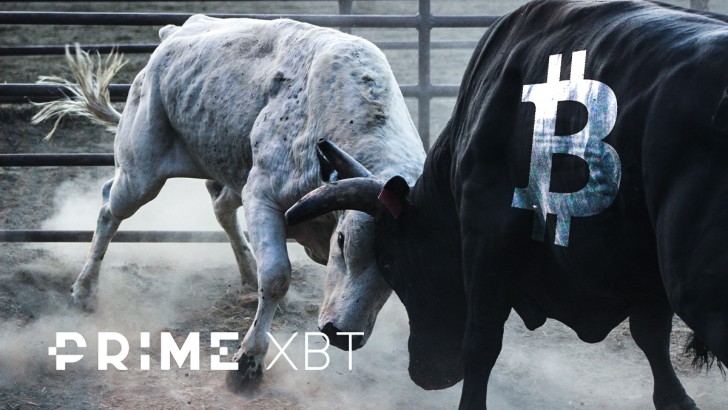 The trend began long before the pandemic struck, brewing as trade tensions between the United States and China increased. Fearing an economic shakeup, wise investors have turned to both gold and Bitcoin, often referred to as digital gold.

However, the technical analysis and indicators signify a divergence ready to occur between the two similar, yet wildly different assets. And it could suggest that gold's trend is ready to end, and a new bright future for Bitcoin will start.

The absolute bottom of gold's downtrend following the Great Recession peak took place in December of 2015. From that point on, a long-term parabolic curve developed, supporting the asset's uptrend.

Beginning in 2019, there was a reemergence of the safe haven narrative while the US and China feuded over trade agreements and tariffs. Bitcoin took off, blasting from $3,200 to $13,000, but ultimately got too hot too quickly and severely overcorrected back to $3,800 on Black Thursday in March of 2020.

Gold, meanwhile, kept its slow but steady pace and continued to rise with minimal meaningful corrections along the way up. It wasn't until the pandemic struck in early 2020 that gold's uptrend began to really go parabolic. Come July, a new all-time high was set.

The August monthly close in gold was pivotal, leaving behind a doji candle signaling an indecisive market. But the moment September opened, a TD 9 sell signal was triggered on the TD Sequential indicator, used to time market tops and bottoms.

The last time a nine formed on the monthly, was a buy signal that started the four year uptrend. Is the opposing signal a sign that the uptrend is about to come to an end, and gold prices will soon come tumbling back down?

More than just technical point to a top in gold. The DXY Dollar Currency Index hints at a strong bounce in the dollar. The greenback – the global reserve currency – performing well means there's less demand for a hedge against inflation, gold's primary use case.

Outer-worldly factors are also challenging that use case. For example, Elon Musk's SpaceX and NASA will soon travel to a gold-filled asteroid, with mining resources as an eventual goal. The mass disruption to the gold supply could put the safe haven asset's value at risk by removing any scarcity from its supply.

This fear, uncertainty, and doubt may be partially responsible for the recent gold pullback. And it also hints that things could get a lot deeper.

Here on the planet Earth, recently, investors have been learning the hard way that Bitcoin is the better safe haven asset, due to it not having a physical presence. Gold investors and even metals dealers in countries where violence, protest, and looting have gotten out of control are moving their gold offshore or seeking digital alternatives.

Changing of the Guard:  Will Safe Haven's Capital Flow Into Bitcoin?

The market cap of commodity-backed tokens has exploded recently amidst the gold rush. Rather than having to store physical gold bars, investors are buying a token representing gold ownership. But all that's really doing is trying to catch gold up to the digital age, and failing.

Bitcoin beats any digital gold token by a wide margin, mainly due to one thing: known scarcity. There will only ever be 21 million BTC, while there's no telling how much gold is out there, or how many tokens can be minted representing the ownership.

The finite supply makes Bitcoin a better choice as a safe haven asset and hedge against inflation, and institutions, hedge funds, and big corporations are noticing tha. Recently, a number of hedge funds began converting their gold holdings into BTC, just as gold prices peaked. Is this sort of profit-taking in gold flowing into Bitcoin the cause for gold's potential top formation?

Trade the Precious Metal Meltdown Into Crypto With PrimeXBT

As the precious metals market begins to melt down and cools off after a magma-hot year of an uptrend, it presents an opportunity to short the top of gold using PrimeXBT.

The Bitcoin margin trading platform offers gold trading alongside Bitcoin, oil, stock indices, silver, and more. Traders can build a diverse trading portfolio that's long Bitcoin, but short gold, and take advantage of the coming changing of the guard between gold and Bitcoin, as investors move money out of the aging safe haven and into the digital age of wealth preservation.

Those who aren't sure how to profit from the coming change in Bitcoin or gold trends can also try Covesting, now available on PrimeXBT. Using Covesting, new traders can follow others with more skill and experience and copy their gold and Bitcoin positions, taking the guesswork and stress out of trading.