There is no doubt that China is becoming one of the strongest economic countries in the world. 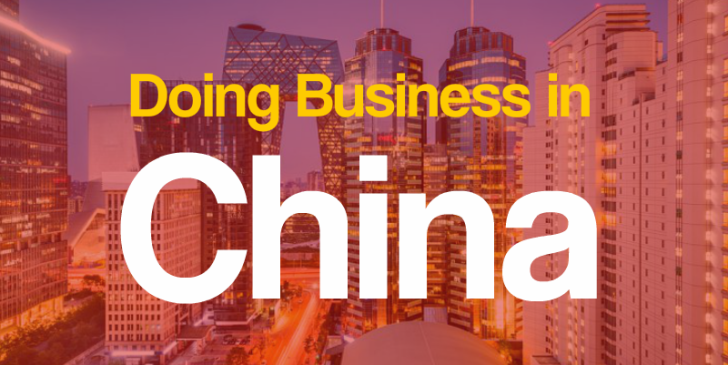 There is no doubt that China is becoming one of the strongest economic countries in the world. As of 2011, they were only second to Japan. As such, doing business in China has become incredibly profitable for both the Chinese and foreigners, who see their economic and cultural transition in a positive light.

Working towards wealth is not considered anti-revolutionary anymore and those who have built up successful businesses and companies are not seen in the negative light as they were in past decades. However, it is imperative to remember that the Communist Party still retains power and has no likelihood of initiating the political reforms found in the West. Yet the glory of wealth is still sought after by the Chinese.

When doing business in China, you must be aware of the various business rules which are in effect. Commerce was unthinkable several decades ago, so how do you do restart a business society? How does China find their own business culture? For the Chinese, their business structure is based on the ancient Confucian traditions and values that have been implemented in their society since the Han Dynasty. However, this does not necessarily mean that contemporary business methods are ignored; instead, modern approaches to business are adopted and adapted to suit the Chinese Confucian stance.

In the past, the Chinese depended on the ‘dan wei’ system. An individual would be linked to their dan wei, or work group, until they retired or died, as it provided them with a much enjoyed guarantee. If they left the dan wei, they automatically lost all the rights and privileges they had built up through their employment with a company. This included housing, food and even medical assistance. This mentality is still seen in a large proportion of mainland Chinese workers, even in modern times. In order to understand the benefits of modern opportunities, many will choose to work at two companies until they find out whether the new opportunity is worth losing the time-honoured support.

One thing to remember, however, is that as expected in Confucian based societies like China, you will find that management styles, the pecking order and the working structures will more likely to be hierarchal.

The official language of China is the Mandarin dialect and unless you speak this, communication can become quite difficult. Although a high percentage of businesses employ workers who speak English, levels of fluency will vary. Unless you speak Mandarin, you will need the services of a good professional translator. But even still, doing business in China when you don’t speak the language can be extremely difficult, slow and full of dangerous mistranslations.

A highly valuable tip when doing business in China is to repeat conversations several times. Constantly go over old ground from several angles and ensure repeatedly that both sides understand completely. If you have bad news to deliver, it is a good idea to use a mediator who can deliver the bad news softly as well as being able to retain as much good will within the relationship as they possibly can.

One reason why misunderstandings occur in business relationships in China is due to the fact that Chinese find the word ‘no’ hard to say. To say ‘no’ means loss of face and embarrassment, so the Chinese will agree to something in a less direct way. As such, when doing business in China you must be aware that unless they give you a resounding ‘yes’ on something, then it probably means no. If you hear such phrases as ‘yes, but it could be difficult, or ‘yes, maybe’, than in all likelihood it means no.

Body language is important for any culture when doing business and in China it is just as important. Westerners often believe the Chinese have no emotions due to their lack of body language. Often, Westerners are not experienced with the body language of the Chinese and will misread them as being unresponsive. However, this is certainly not the case.

According to Chinese laws, women have the same rights and privileges as men in the workplace, an equality the government has been promoting for the last several decades. In reality, however, the traditional Confucian beliefs do not take this equality seriously and it is almost laughable that the new liberal policies of the current regime have overturned many of the advances women made under the old iron-grip parties.

Doing business in China when you are a women means that you will be treated with a great deal of admiration and courteousness. However, due to traditional Confucian beliefs Chinese men will naturally think that foreign men have seniority over any foreign businesswomen.

Dress codes are important when doing business in China. Over the last decade, the way people dress in business has undergone a complete transformation. Western dress styles are much more typical of Chinese businesses; men tend to wear dark Western style suits, whereas women will opt for skirts and modest blouses.

When doing in business in China you should take care of how you present yourself. It is important that you wear good quality clothing and accessories, but do not be too flamboyant with it. Another factor you should be aware of is climate; depending when and where in Chinayou are doing business in, the climate will vary. Temperatures can soar over 110 degrees Celsius in some places and then drop dramatically to minus thirty degrees. So, remember to take clothes appropriate to the local conditions.

Doing business in China has many benefits for both the Chinese and foreigners. If you remember to do a little research and planning, your venture will be successful and lucrative for both sides.