HTC, the Taiwan based electronics giant is planning to launch the successor of its highly acclaimed blockchain smart phone Exodus. 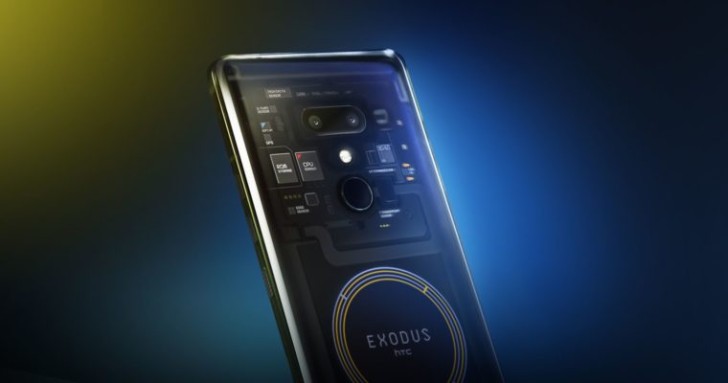 The successor, hereto unnamed, will be a second generation blockchain smartphone and is slated to be launched by the end of 2019. According to Chief Decentralized Officer of HTC, Phil Chen, the upcoming model is a direct result of the success of Exodusand will help not only to increase sales, but also spread its winds when it comes to blockchain.

Like its predecessor, the new phone will have an in built wallet that will support Bitcoin (BTC), and Ethereum (ETH).  Starting from this, it will also have expanded support and blockchain capabilities such as browsing, messaging and social media applications. The communications will be based on blockchain and work on the peer 2 peer concept, unlike the previous model which used a more centralized approach through cloud or server storage.

The HTC Exodus, with its launch last year, had met the sales expectations of HTC and according to Phil, which clearly showed that there is still a large, untapped market for blockchain enabled communication devices.

HTC is one of the few smart phone manufacturers that have explored integrating blockchain technology in communication sets. Less than a year ago, it had launched Exodus, their first mobile with built in blockchain wallet. The current model is supported by various dApps and that is only expected to expand in the upcoming model. Buyers have the choice to acquire the Exodus in either fiat or crypto.

Samsung also has the latest Galaxy S10 mobile with a crypto wallet. Unlike HTC, the South Korean telecom giant has no support for Bitcoin and only allows Ethereum. This move is clearly in coordination with its latest blockchain ecosystem, which is based off Ethereum with its own native token, the Samsung Coin.

Latest News
The Market's Distorted According To Mohamed El-Erian
17 hours ago
Binance Coin (BNB) has gone higher against the listing on the Poloniex exchange
18 hours ago
Got ETHE? You May Want To Read This
18 hours ago
OKEx Launches ETH/USD Options Amid Crypto Derivatives' Expansion
18 hours ago
Apple (AAPL) All-Time High, Risen by 1.5% Since the Market Opened
19 hours ago
Station F study: almost all venture-funded startups will survive
19 hours ago
Equities Bullish As The Unemployment Goes Down
19 hours ago
Poor reporting is not a hindrance. Slack (WORK) is authorized to use by Amazon (AMZN)
20 hours ago
Strong DocuSign (DOCU) Report - Pre-market up to 2.8%
21 hours ago
NOVAVAX (NVAX) Got a Contract for Covid-19 Vaccine
1 day ago
Follow us on Twitter