People's Bank of China did not issue money in such a large volume. 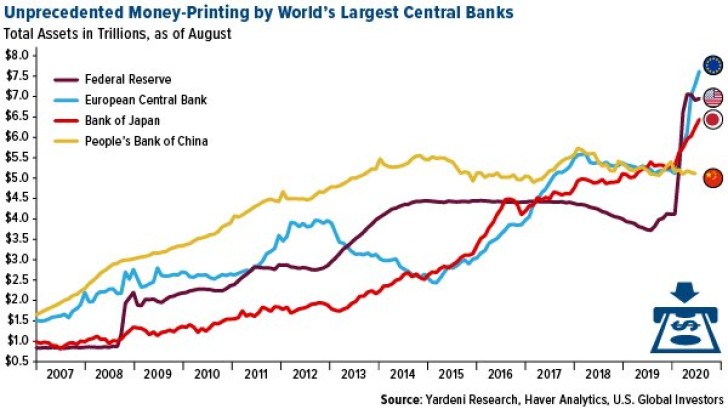 The European Central Bank and the Federal Reserve printed an unprecedented amount of money in 2020, according to Jeroen Blokland. The money emission is one of the measures to counter the economic crisis caused by the pandemics and to fight deflation caused by it. Nevertheless, such a policy is criticized by many experts, claiming that inflation, which has arisen due to large volumes of emission, can destroy the economy and the market.

The Central Bank of China, unlike the United States and Europe, has abandoned large-scale monetary emission.

Latest News
How To Find The Best Stock Broker With Reviews
23 minutes ago
Investing in Dual Citizenship: What Are the Best Investment Options to Obtain a Second Passport
4 days ago
Investment Property Financing & Debt Service Coverage Ratio Loans
1 week ago
Implementing Sustainable Strategies This Year In 4 Effective Steps
1 week ago
How to Transfer Crypto Using a Mobile App
1 week ago
Unexpected advantages of nearshoring: a few reasons to try this way of development outsourcing
1 week ago
Investment Opportunities To Help Diversify Your Portfolio In 2023
1 week ago
Most popular cryptocurrencies
4 weeks ago
Learn the basics of investing in Ethereum
1 month ago
Can a trader make money on social media and if yes, how can they efficiently promote their page on Instagram in 2022
1 month ago
Follow us on Twitter