Bitcoin (BTC) Follows the Curve, Similar to the Adoption of Internet Technology

Bitcoin is developing and becoming more popular. It is compared to the Internet technology that is now everywhere. 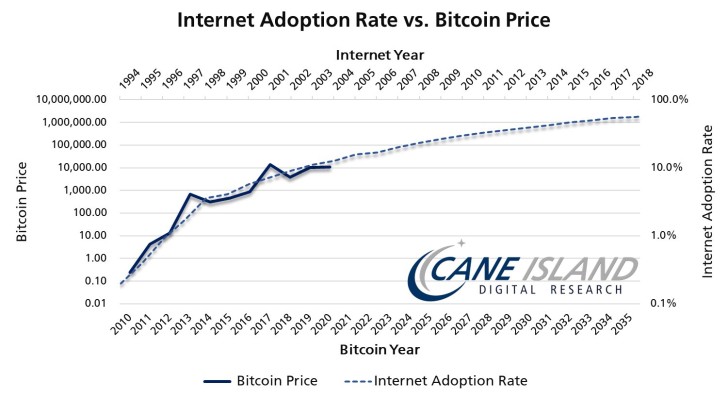 What is Metcalf's law?

Metcalf's law states that the utility of a network is proportional to half the square of the number of users in this network ≈n2/2. This is due to the fact that the number of unique connections in a network with the number of nodes (n) can be mathematically expressed in a triangular number n(n − 1)/2, which asymptotically approaches n2/2.

What does this law show?

This law was first formulated by Robert Metcalf in relation to Ethernet. The law describes such a concept as a network effect and is used in multi-level network marketing, social media, and marketing as such.