DeepCloud AI recently completed its IEO sale on the exchange BitMax, raising $500k and meeting its hard cap for its native DEEP token. 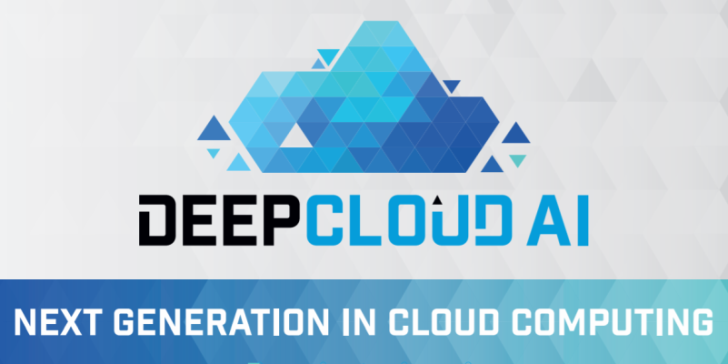 BitMax is one of several exchange platforms now offering IEOs, often with impressive returns on investment (ROI) for investors. For example, BitMax, according to CoinGecko’s Q2 Report, has furnished an average ROI of more than 90 percent so far, and the DEEP token is trading at roughly 3X the listing price already.

The public sale concluded as interest in DeepCloud AI’s value proposition is gaining traction among enterprises and institutional investors alike. The team has partnered with both LD Capitaland Voyager Innovationsrecently, highlighting the intrigue in the next-generation of cloud computing.

DeepCloud AI’s unique blend of AI and blockchain-agnosticism makes the platform an ideal medium for performing computations at the “edge,” meaning IoT devices and decentralized applications withdrawn from central servers.

The question is whether we just need more cloud computing platforms, or we seek a tangible added value to the users which are not provided by the existing platforms,

DeepCloud AI’s proposed solution is to leverage AI for optimization of resource distribution across decentralized networks, eventually fostering the type of marketplaces that include resource providers, businesses, and developers.

There is a real need for a cloud computing platform that gives the users enough, timely, and proactive information to improve cloud usage experience, allowing them to have better inputs for efficient decision-making,” says Rye. “In DeepCloud AI, we aim to satisfy this emerging need by building a cloud service that provides various AI/ML wrappers that make a rich set of information and predictions for them to make better, intelligent decisions.

The collateral creation of fluid marketplaces is also critical and is useful for evaluating why enterprises are taking note of decentralized cloud computing platforms.

Breaking Down The Advantages of Decentralized Cloud Computing

At a high level, DeepCloud AI breaks down the platform into 4 major categories of users and areas:

Resource providers run nodes and earn DEEP tokens in return for doling out bandwidth, computation, and storage supplies. Network users, such as businesses and application developers, consume the resources from the providers for everything ranging from database usage to processing capacity.

Application marketplace providers stake DEEP tokens and provide the reusable components of the platform for users. Finally, the AI controller efficiently determines where requests in the network need to go, allocating resources in the process.

In the context solving customer pain points, DeepCloud AI’s architecture is highly useful for businesses and developers — both web 3.0 app and IoT developers.

Businesses have no easy way of monetizing excess spare capacity of hardware resources without spinning up own cloud-like infrastructure,” says Rye. “We empower them to generate revenue from spare excess capacity via efficient resource matching and financial incentives.

Similarly, DeepCloud AI enables developers to tap into practical, reusable, and liquid markets of application components to build powerful apps at the edge of networks.

IoT apps requiring heavy computations and need complex infrastructure rollout at each point of deployment, making them cost-prohibitive and resulting in a large barrier for deployment,” says Rye. “AI-based resource matching automates much of this process, enabling developers to focus on building the core logic of applications rather than accumulating resources to run the app at the edge.

For web 3.0 developers, a similar concept translates to off-chain computations, removing the burden of similar decentralized platforms like Ethereum, where on-chain computational capacity is both costly and strictly limited.

Our marketplaces will be composed of pre-validated apps with reusable structural components that can jumpstart application development and reduce execution costs,

When technology’s advance largely revolves around improving efficiencies — making hardware smaller and software more powerful/conducive to developers — then decentralized cloud platforms like DeepCloud AI appear promising. They face some daunting competition from the likes of big tech behemoths, but if their success in partnerships and fundraising so far points to anything, it is that there is profound interest in their endeavors.

Latest News
What To Do If You Need Money Really Fast?
17 hours ago
The Highly Anticipated StakeMoon Coin Launches via Pre-Sale Today!
1 day ago
Cryptocurrency Investment - How Do You Get Into the Market Without Buying Any?
6 days ago
Cryptocurrency trading mistakes to avoid at all costs as a beginner
6 days ago
Bitcoin vs Ethereum- What’s the Difference?
2 weeks ago
Can you Invest in Domains?
3 weeks ago
XBE Finance amplifies yield on $12bn Curve and Convex Liquidity
1 month ago
LTC to BTC Exchange | Is LTC Better Than BTC?
1 month ago
Is Your Crypto Wallet Actually Trustworthy? - Which Kinds of eWallet is Best for You?
1 month ago
4 Qualities To Look For In A Gold IRA Partner
1 month ago
Follow us on Twitter